In addition to the smell of coffee and the functionalist interior, the exhibition of Aleš Brázdil TRANCE in the entrance hall will welcome everyone who will go to the Radost building for work, to see a doctor or just for leisure in the coming weeks.

Although Aleš Brázdil (* 1983) graduated from studies of classical painting techniques with Professor Zdeněk Beran at the Academy of Fine Arts in Prague, his paintings reflect the everyday life of digital culture. In his creations, he does not work with the direct rule of reality, but uses moments from digital records as a model, which are specific in their dissolubility into individual points, pixels, rasters, etc.

He himself had no idea where to place his work for a long time: "I didn't really know what I was doing or how to name it for a long time, because theorists and professors who dedicate themselves to painting mostly do not reflect the world of the Internet and digital culture at all. They only take into account what happened until the early 1990s,” explains Brázdil. Unlike his academic mentors at the time, he was fascinated by the diversity of the 1990s culture, driven by new and increasingly available technologies. "For example, I was strongly influenced by Gondry's music video for the Chemical Brothers and photographs by Richard Kern, who documented the punk scene around Sonic Youth and became famous for nude photography. Asian culture, anime and, for example, Japanese punk movies also played a strong role. I was attracted to various urban subcultures and electronic music," Brázdil names the main sources of inspiration. According to him, music and dance culture at the turn of the millennium carries a certain existential statement, which is then preserved by photographs and videos that capture them. In addition, the medium of video is described by Brázdil as the current language in which people express themselves every day. The transformation of video into painting therefore seemed natural to him.

He makes his paintings simple so that they are not burdened by any unnecessary coats of meanings around them. However, he admits that his works still have more layers. "I think when people see my paintings, they immediately recognize some characters and figuration. For me, however, it is more a question of whether it reveals the digital thing that preceded it. It's probably a bit generational. I have a feeling that young people usually recognize this, but it's hard to say how the older ones perceive it. They usually compare me to Gerhard Richter, but I think his work is completely different," he explains.

The TRANCE exhibition offers an overview of Aleš Brázdil's work and documents a certain continuity in his artistic tendencies. It will be on public display at Radost building until the end of October. 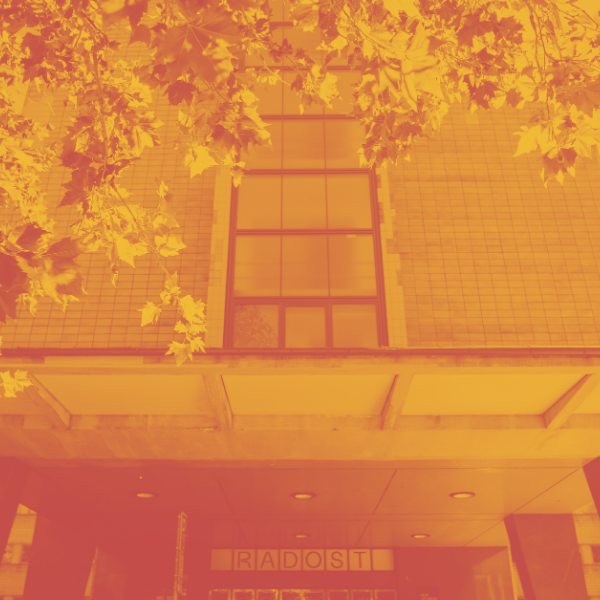 Radost will open as part of the 6th Open House Prague 2020 festival!

After a year, you can follow the steps of architects Honzík and Havlíček again and walk around the Radost building within the Open House Prague festival. This year, we have thrown ourselves into cooperation with the festival with great enthusiasm, so a very interesting program awaits you in Radost. An information center will be available in the lobby from 1st September. 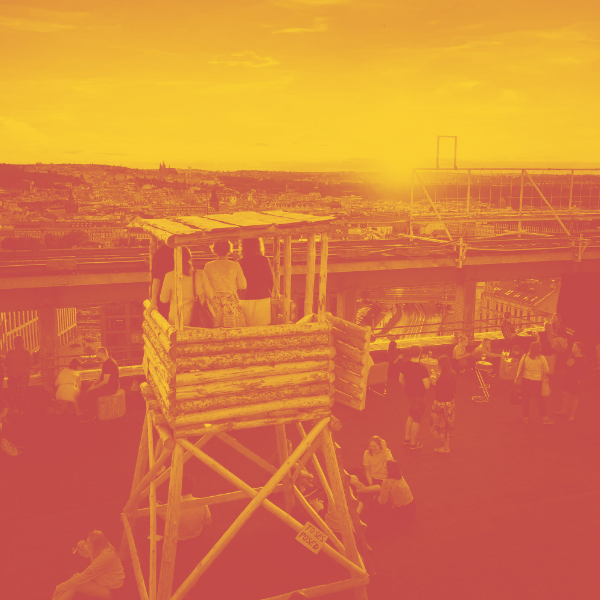 A high seat in the middle of Prague and on a roof on top of that. All this is possible when Ondřej Kobza takes the roof-top under his wings. Throughout the summer, you could enjoy breathtaking views, refreshing drinks and unique events full of music and world´s flavors.