Their studio is named after the mythological goddess of deception. On the contrary, four young architects from the 5/413 studio are trying to refute misconceptions about architecture.

"We would like to show people that hiring an architect is not unnecessary and expensive, but on the contrary, it can save time and money. In the future, in addition to designing, we also want to focus on educational activities," Veronika Svobodová describes the main idea behind the unusual name of the studio, which she founded after finishing school with her three classmates Pavla Neradová, Markéta Poršová and Barbora Holubová. All four have worked for established collectives and architects' studios, but the desire for more freedom and self-realization eventually led them to the idea of starting their own company.

"It happened by coincidence when we were on vacation together. We talked about what bothers us at work, what could be done differently, and it occurred to us that we could actually try it all on our own. We also discussed for a long time whether we would really make it togethe rat all, because we have different views on the matter, and above all, each of us is dedicated to something different,” explains Svobodová. In the end, their diversity turned out to be an advantage, and as they claim on their website they are able to look atone thing from different perspectives and approach projects comprehensively.

Their journey to Radost led through their first studio in Invalidovna and it was also affected by the weeks spent working from home during the "corona holidays".

"We found out that we can't work from home. We needed to see each other and have our own base. However, we did not want to speed up the search for the studio and we took our time, we even considered getting an apartment instead of an office. We discovered Radost by chance on the Internet, and we were immediately subconsciously drawn to it," Pavla Neradová describes the process of finding a new space.

"Radost is in a great place, so clients are not far from us. We know that we are young and we don't have much experience, so if we wanted someone to come to see us to Strašnice, for example, they probably wouldn't even give us a chance," adds Svobodová. In addition to excellent accessibility, the architects also praise the fact that the house is full of life and after work, they can go for a drink to the rooftop bar.

Do you also want to have a studio in Radost? Write us! 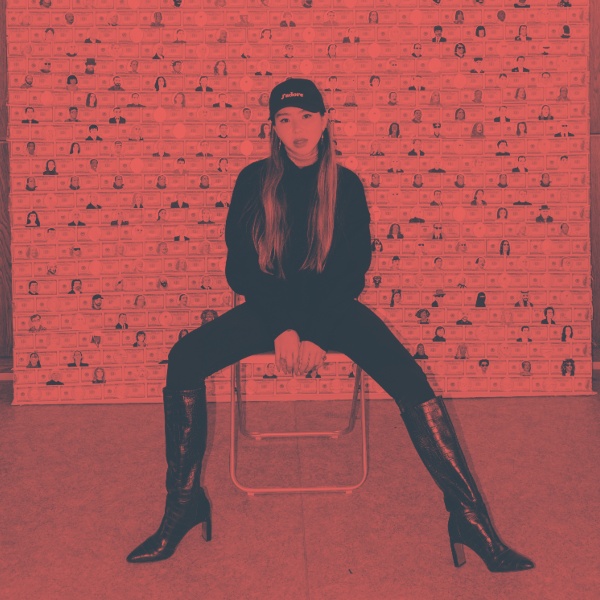 Aziya Ikhtymbayeva comes from the city of Almaty in Kazakhstan, but her study trip brought her to Prague in 2006, where she stayed. Since then, under the artistic name Aziya, she has devoted herself mainly to the visual arts. Her creative space is currently in studio 5/116.