The former administrative building of the General Pension Institute (VPÚ) was only in operation briefly before it became the seat of the Revolutionary Trade Union Movement (ROH) after the Second World War. In 1989, the house was donated by the state to the trade unions, but they did not find an economically sustainable use for the building and decided to sell it in 2018. The Vala family  became the new owners, and they decided to revive the house and invest in the well-deserved, necessary renovation.

In his programme “Překvapivé stavby” (Surprising Buildings), Adam Gebrian summarizes everything you can see in the RADOST house, which centres the owners have chosen to revive, and why they deserve renovation.

So what will happen to the RADOST house, and what plans were made to save the first Czechoslovak skyscraper? You can find out in the Seznam TV news report.

How can empty buildings be saved? Changing their function is often their only chance. We discussed this in Hospodářské noviny. 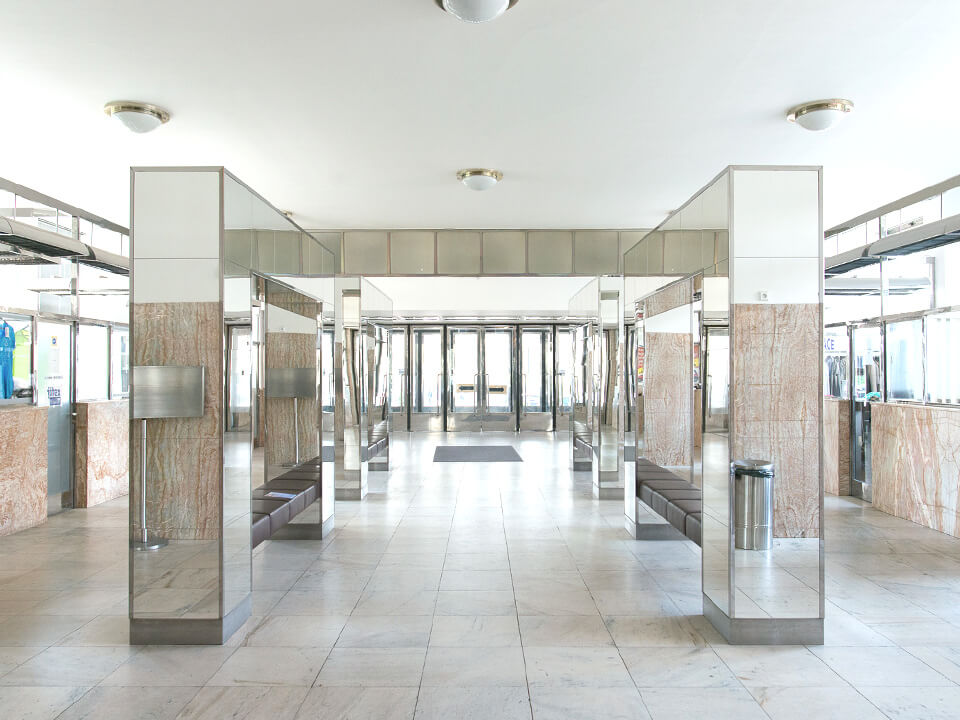 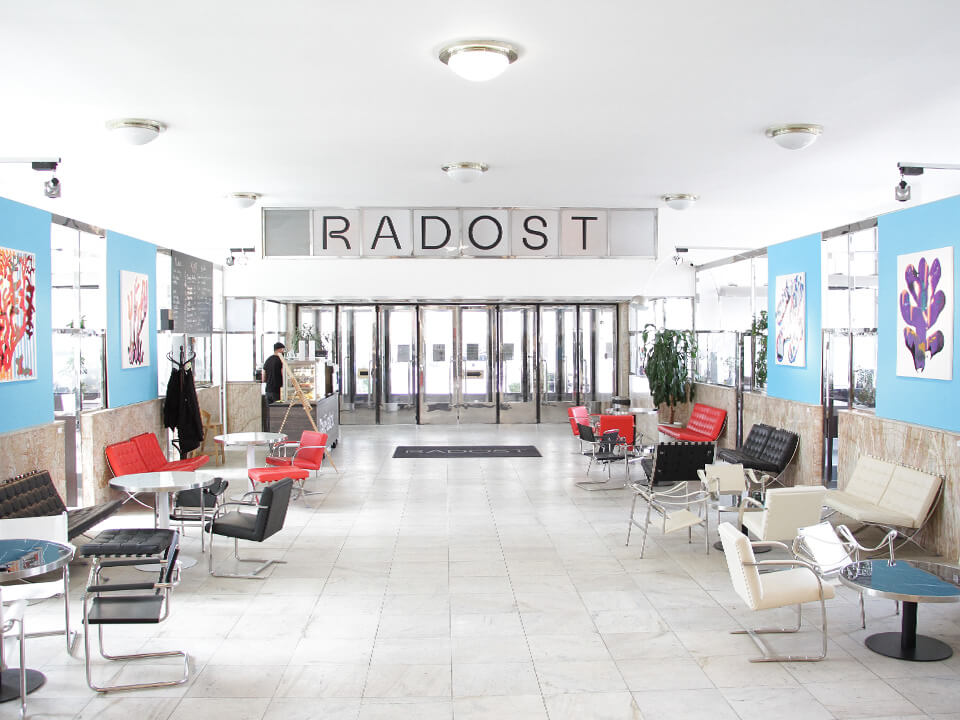 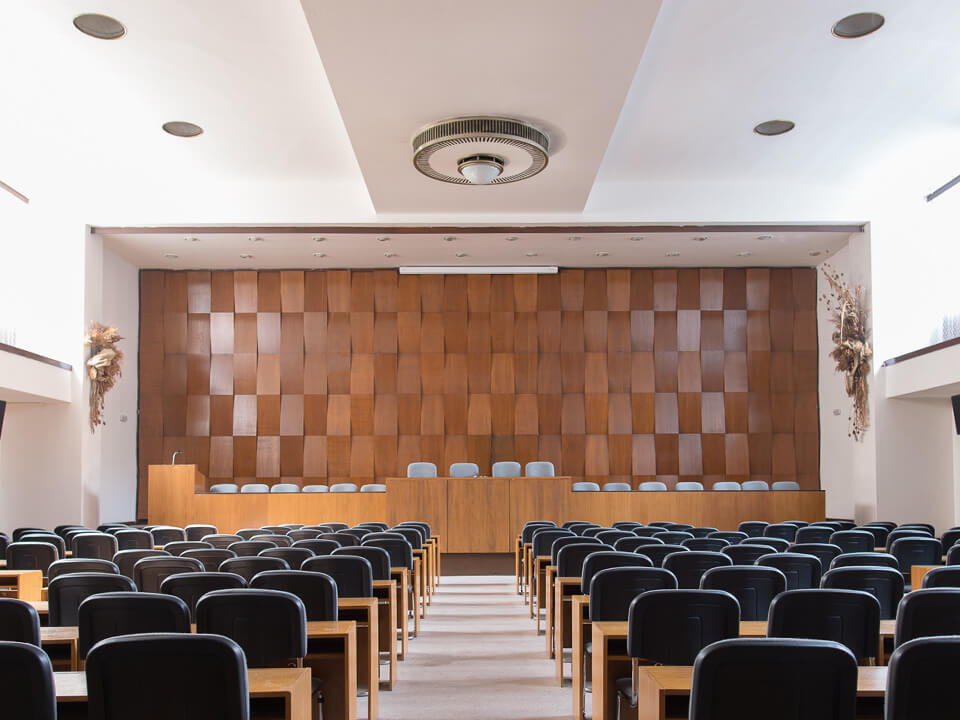 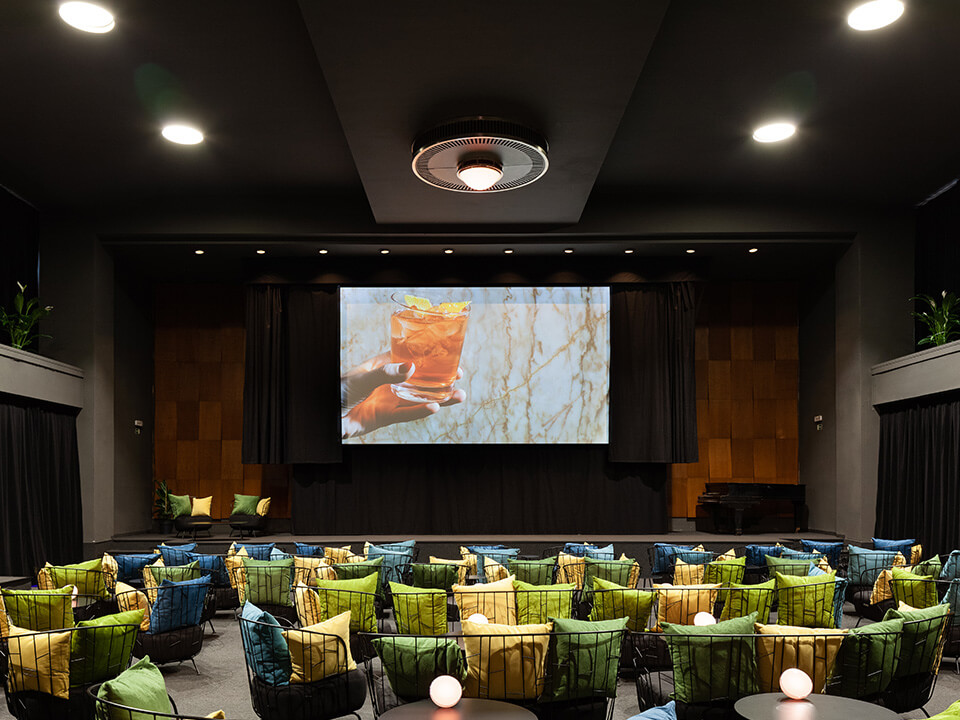 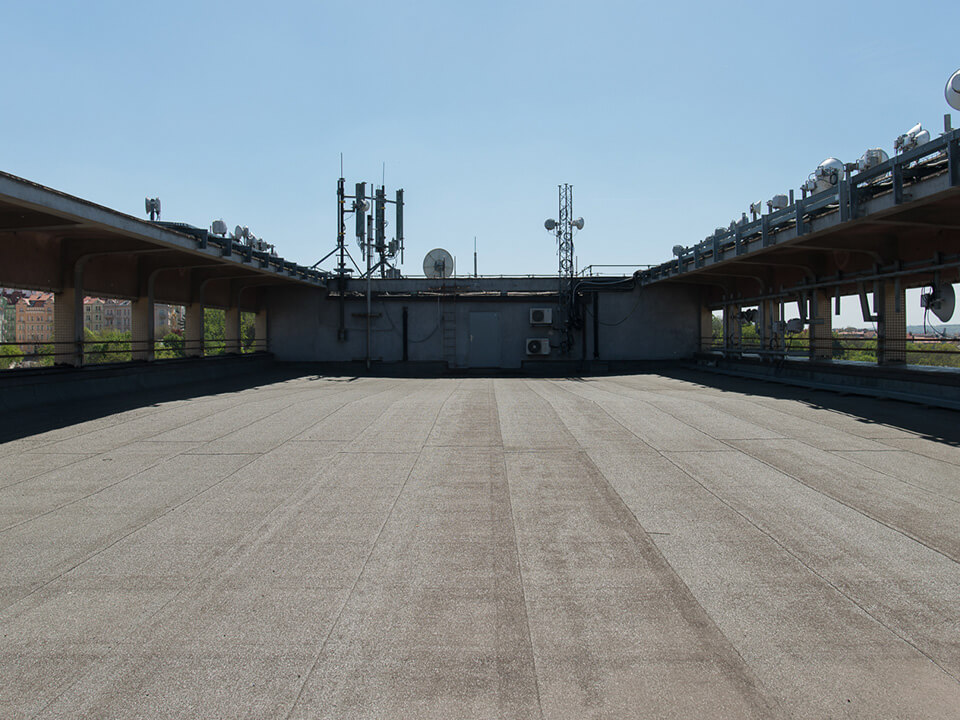 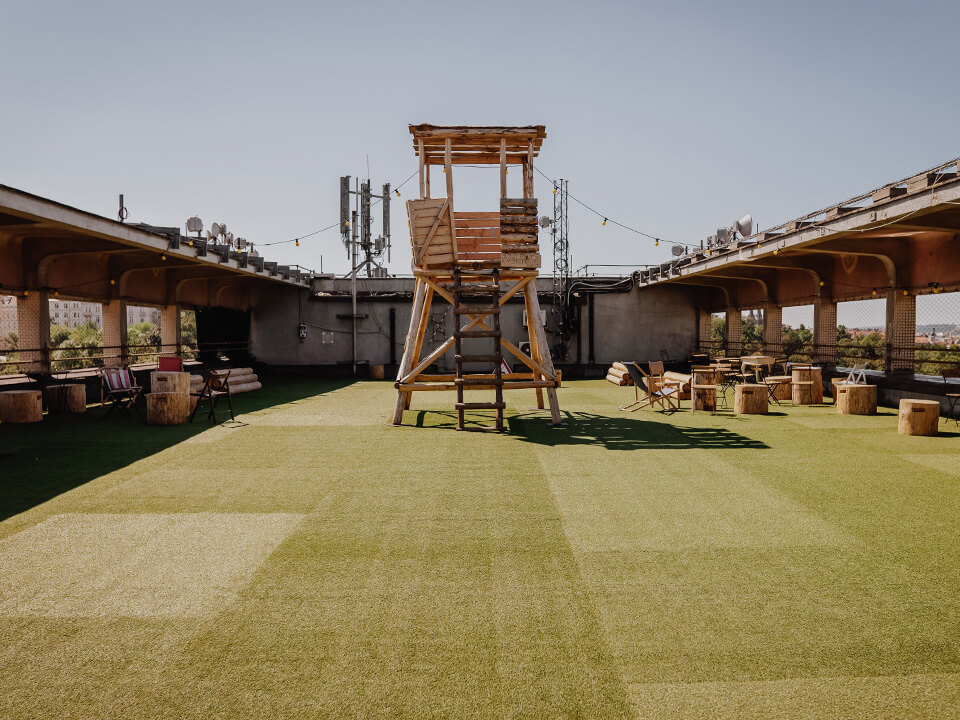 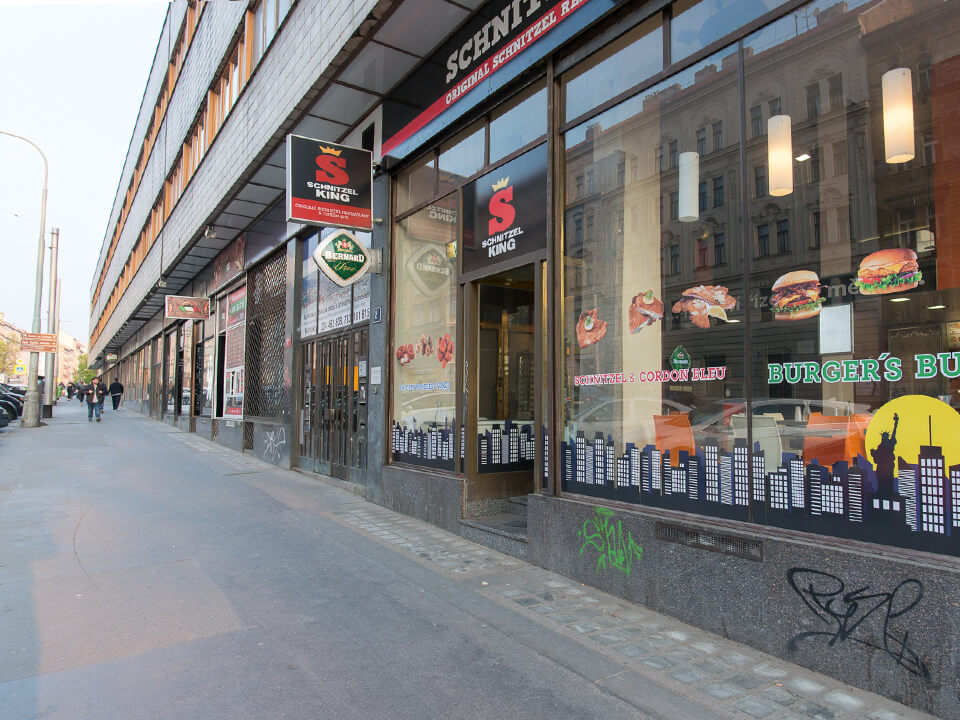 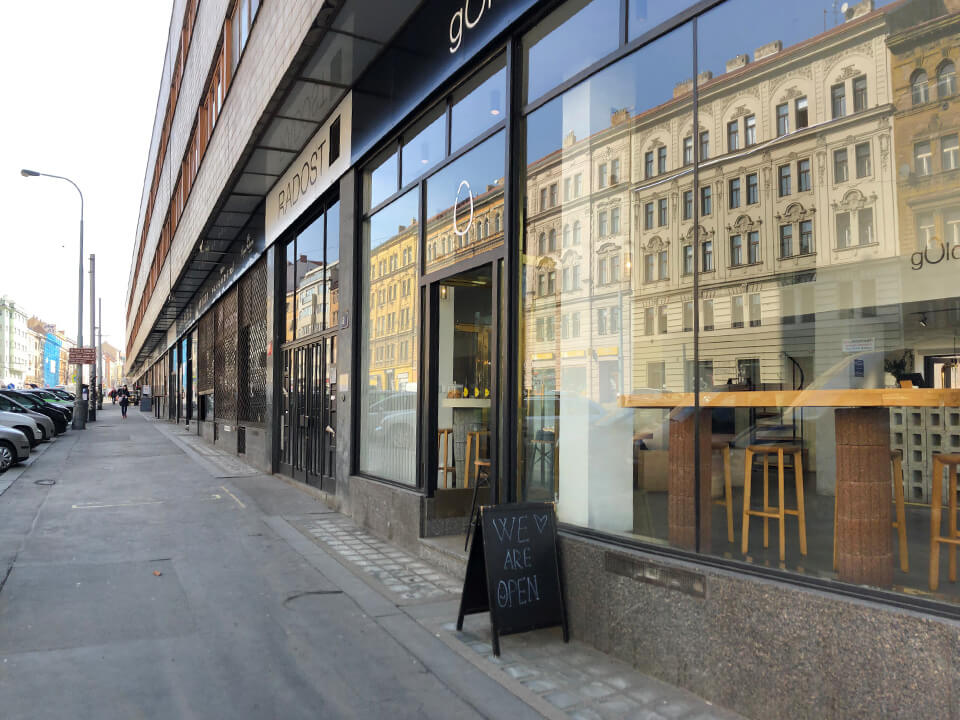 What will happen to the RADOST house next?

The building has not undergone any major renovation in the nearly 90 years of its existence, which is clearly visible. Some parts of the building are in a state of disrepair, while owners are struggling to keep other parts, which are beyond their service life, in operation.

The building is very energy intensive. Most of the original electric power system, as well as the water and sewerage system, are still in place. The building's characteristic ceramic cladding is now deteriorating. The size of the building and its use is also an issue. Hundreds of empty offices show that its function needs to change.

Once the RADOST house is renovated, we will create a multifunctional cultural and social centre for lower Žižkov, and most of the offices will become community rental housing. 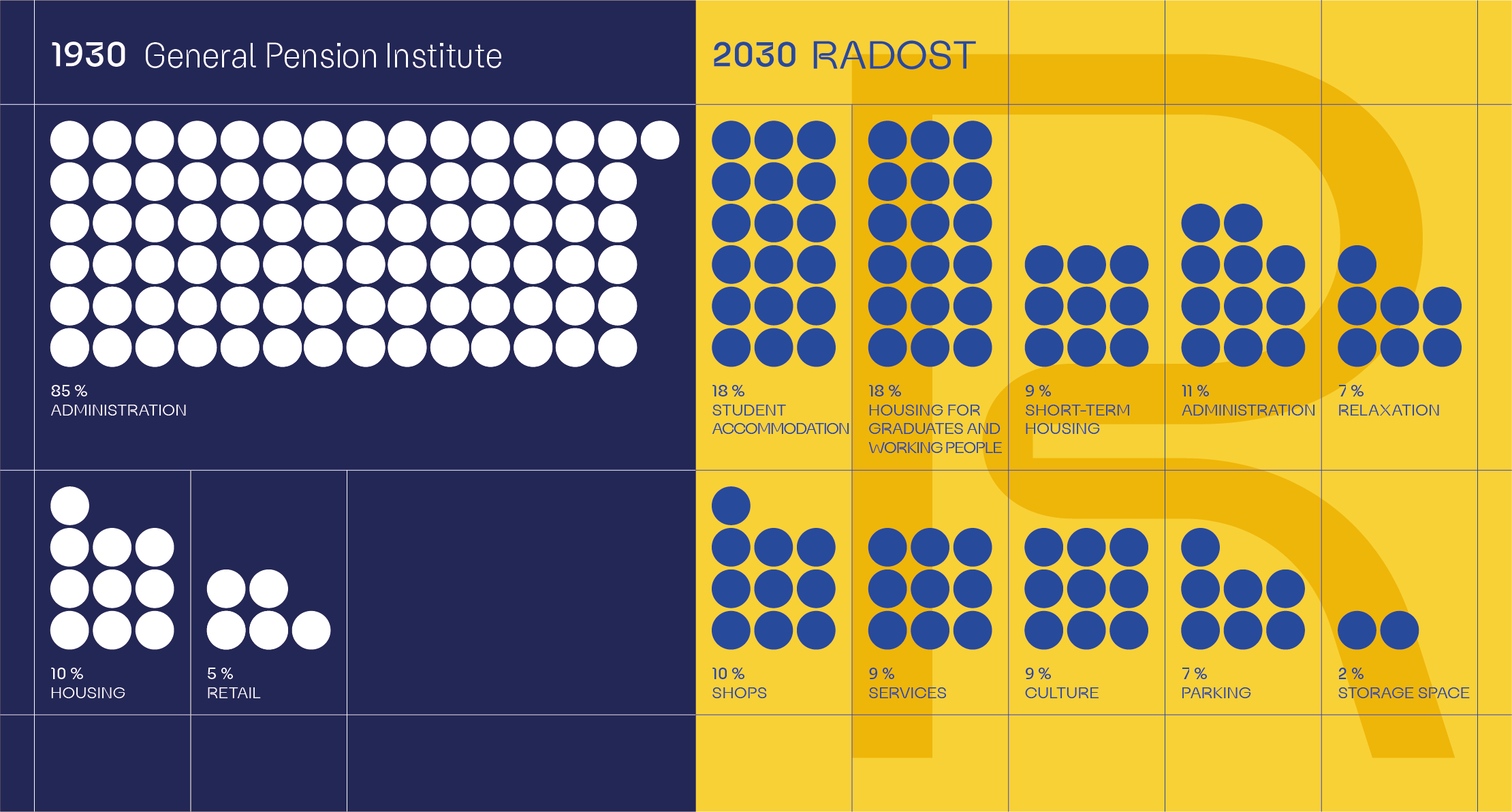 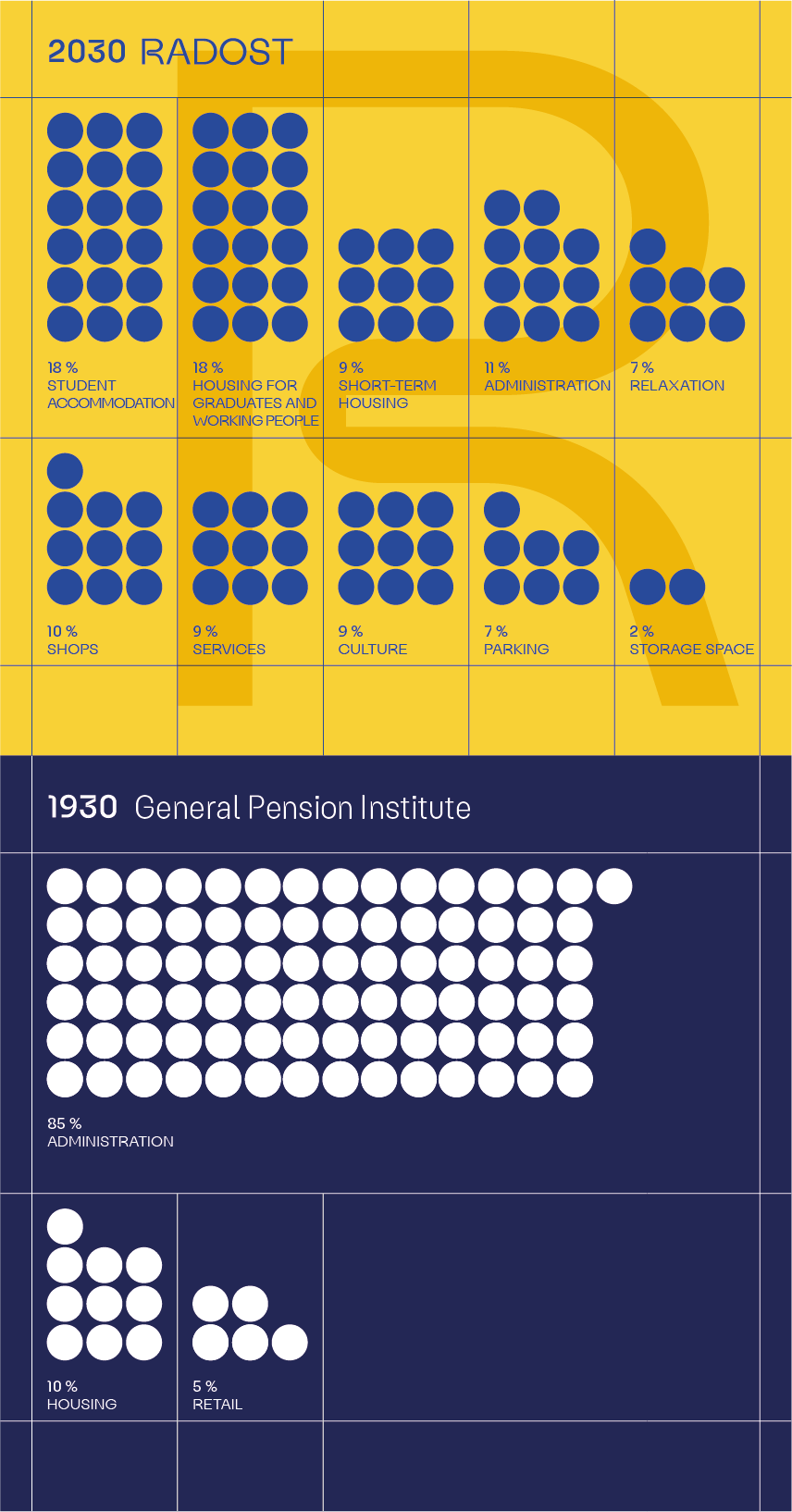 The RADOST building will offer people a new way of life - in a community of like-minded people, with all services within reach. Housing will be provided in fully furnished flats with a floor area of 22 square metres, equipped with a kitchenette, a water-saving bathroom, a place to work and sleep, and storage space. Following the example of foreign projects, the residence will include generous common areas that will form the heart of the entire project.

Residents of the house will have rest areas, game rooms and common rooms where they can work, relax or meet friends. They can invite their friends to the community kitchen, or to the terrace with a grill. If they want to relax, they can use the outdoor gym, visit the wellness centre or take yoga classes, relax in the community garden, or join a workshop in one of the lecture rooms. The community manager will be in charge of the general well-being, creating a rich program. There will also be all the necessary services in the area.

The architects and homeowners were inspired by successful projects around the world. They even visited them themselves during a study trip.

Examples of projects in Europe

An architectural workshop, from which a jury of experts consisting of architects, urban planners, monument care officials and historians selected the winning studio QARTA Architektura.

A building-historical survey that lasted almost two years and helped define the basic historic values that need to be kept.

A building-technical survey was conducted by the Klokner Institute at the Czech Technical University, and after six months it confirmed the immediate need for renovation.

An analysis within a diploma thesis at the University of Economics and Business on the topic "Analysis and proposal for the potential use of multifunctional building Radost".

Extensive discussions with experts and representatives of monument authorities, on the basis of which a final proposal for the renovation was created.

Elaboration of socio-demographic analysis of Prague with focus on Prague 3 - Žižkov. We are assured now that future functions correspond to the current as well as future needs of the city. 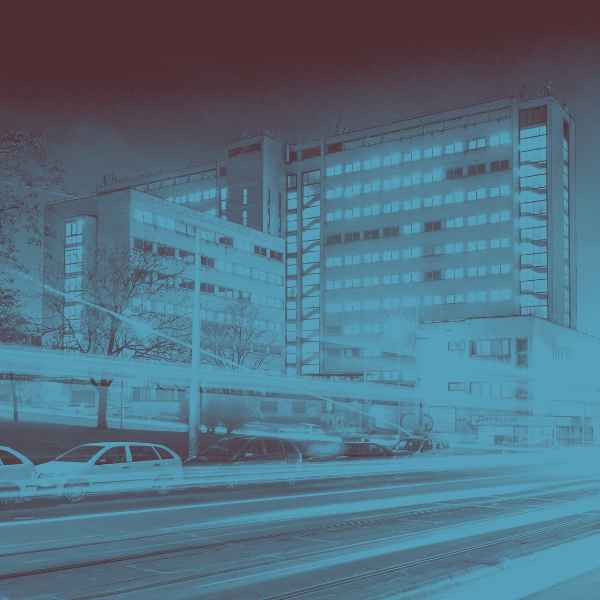