The Smutek (Sadness) bar, which is a project of the Yellow Caravan, grew up like a flower on the green field of the Radost (Joy) square. Are you getting a little lost? Don't be sad, you will learn everything in an interview with Jakub Koula and Lukáš Houba. We asked about their inspiration in Prague and abroad, their opinion of the development of culture and public space in Prague and also about whether houses have a soul.

Where did Žlutý Karavan (Yellow Caravan) come from and how does it like standing next to Radost?

‍Žlutý karavan is a project that takes care of the cultural enlivening of places like Park Radost. The original idea was to remodel the caravan we got from our grandma and open a moving cultural window. It became a multi-day event with hundreds of visitors, interesting bands - and our ambitions go even further. In fact, at the beginning they laughed at us a bit, because we wanted to do something in this infamous park,but also thanks to the help of security we can work and people are happy that they not only don't have to be afraid to walk their dogs there, but they can even sit down for a while. From another point of view, we would like to add that we are not just "gentrifiers" who have cleaned up the park - the problem of people living on the streets has not disappeared. A small step on our part is that we have hired a man who used to live in this park.

‍What is your inspiration? Are there similar projects abroad?

‍Foreign countries certainly are an inspiration - the whole idea originated during a trip to Lisbon, where we watched how its public spaces flourish. A more specific inspiration for us is, for instance, the Berlin studio Raumlabor, which takes care of local revitalization through various community projects. The Yellow Caravan is trying to do something similar but in a more relaxed form. It has its own audience, and when we come to a new place, these people will immediately form a base. Zizkov is a flowing place where locals learn to come regularly - for coffee, beer, a concert or a chat.

Whatis hidden behind the name of the Smutek (Sadness) bar and how is it connected with Radost (Joy)?

The Radost building has recently expanded to include the Radost Square and we wanted to create some contrast. Smutek(Sadness) is the basis of our emotional spectrum, which no one wants to talk about much, and we prefer to keep it "at home". We think that joy is a quick, short and strong emotion, while sadness is part of the transformation strategy of the human psyche - a stimulus for change. The pursuit of joy is everywhere in capitalist society. At least with the name, we try to counter balance this generally valid pretense. Basically, we copy how the world works - joy is complemented by sadness.

What brings you joy - or sadness - in terms of cultural life in Prague?

Let's start with what makes us sad. We do not like how the economic background of the theater scene works in the Czech Republic when we compare it with our neighbors such as Austria and Germany. The amateur theater conditions and mentality, which has been deeply rooted in our culture since the Czech National Revival, force us to believe that theater is done almost for free. This is no longer the case with films, but it is how it still works with the theater. This is exactly what can be seen in the Destruction of the Dejvice Theater. (Czech Television Miniseries, editor's note) An example of one of the projects that tries to do this differently and that we like is the pop up opera Run OpeRun.

How can "ordinary people" contribute to the improvement of public space?  ‍

‍It is good to know that if we like a project, like the Smutek bar, we can write to politicians from the town hall and the municipality, and show a positive response, which is important. In general, I think that people communicate little with the politicians they have chosen as their representatives. It is true that in the Czech Republic, people spend more time at home and don't go out to socialize too much. In Spain, for example, there are many more people on the streets spending time together. Fortunately, even here it is starting to be a trend that is gradually being introduced into public space. We should take care of our neighborhood so that we feel at home in it - and Prague is ideal for that - so come outside everyone!

Whata bout you and Žižkov - what is its genius loci according to you?

For us, Žižkov is a surprise. We simply like that there is always something going on in the neighborhood. An endless source of unique stories - sometimes as if from another universe - and unfortunately, there are less and less places like this in Prague. So, with a bit of exaggeration, what is no longer in Letná, remained in Žižkov.

Do you think houses have a soul?  ‍

I find it interesting how people have emotions associated with specific houses. The period of normalization is still associated with Radost, or rather with the House of Labor Unions. The resolution of the whole revitalization project is its cleaning from the silt, which covers the functionalist purity of the house built in the 1930s (the building was built in 1932 - 1934, ed. note). People pass by on their way to work and perceive it as a gray matter that arouses depression. We can show it in a different light, through a more colorful filter. In general, we would recommend people to focus more on the soul of buildings and to fully perceivet he space in which we move. Then they will be surprised by the diversity and beauty, just as we were with Radost.

And a final question. What else can we look forward to at Bar Smutek?

There is always something going on withus, it is rather difficult to find a day when we do not organize something, sobe sure to follow us on Facebook and Instagram as well. You will find us inRadost Park at least until mid-October. 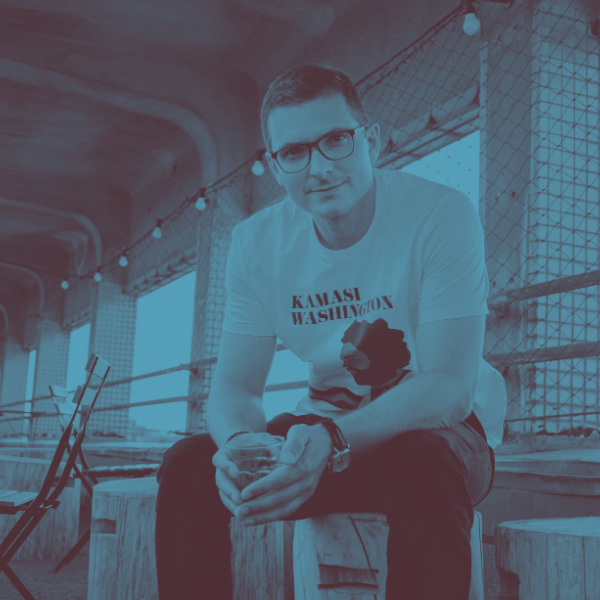 Martin Louda: I want Radost to entertain Žižkov residents for at least another 100 years

The Radost building - the landmark of lower Žižkov with its rich history was inaccessible to people for a long time, until a group of investors bought the building in 2019. What are their plans with the long neglected place? We asked one of the owners, Martin Louda, who also has an executive function and is responsible for the development of the building and its future. 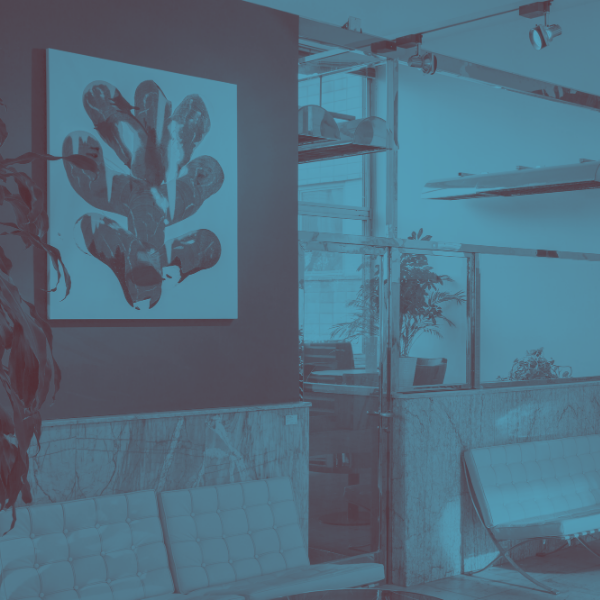 Extinction by Patrik Kriššák: the transience of coral reefs in café Radost

Patrik Kriššák's new exhibition „Extinction“ in café Radost brings closer the beauty, but also the transience of underwater nature. Kriššák chose the coral reef ecosystem as his main topic. We are currently facing their extinction due to global changes. However, the main message of the paintings is not an activistic threat, but rather an attempt to convey the seriousness of the topic.